The growing season in the Almaguin Highlands is a short one. This makes it very challenging to grow things that need hot weather for an extended period of time, such as tomatoes, eggplants, peppers, and so on. When we first moved to the farm, we started experimenting with row cover, which is a woven cover that will help protect crops from light frosts. These are set over top of low wire hoops, so it mimics the shape of a mini greenhouse. We then experimented with putting plastic over that, to help seal in warmer temperatures. Using these low tunnels, we have been able to grow cold hardy crops, such as lettuce, spinach, and mustard greens to early December. We have even had some lettuce overwinter! This year, we invested in two 100’ caterpillar tunnels. 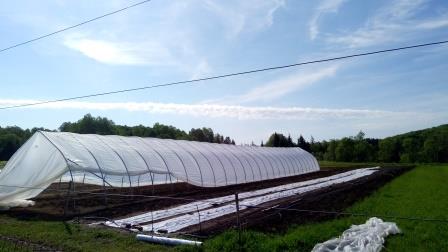 Caterpillar tunnels are essentially a hoop-house (unheated greenhouse) that are easy to move, so that you can move them over different crops throughout the season, and you can move them from year to year. The caterpillar tunnels we purchased this year have 9’ high centers, which means that not only can we extend our season in the spring and fall, but we can also trellis crops such as tomatoes, cucumbers and watermelon, which can be a much more productive way to grow. We put our tunnels up in June, and we have been so excited to see our crops flourish with the extra heat! So what are we growing in there this year? We have 22 different varieties of tomato, ranging from cherry tomatoes, to beefsteak, to paste tomatoes. We have five different varieties of peppers, four different varieties of eggplant, six varieties of cucumber, basil, marjoram, edible flowers, cut flowers, and pink and yellow watermelons. Closer to the fall, we will also add in head lettuce and spinach so that we can grow them well into the fall. The cover will come off once we get snow, and the hoops will stay in place until next spring, when we move them to new beds and start all over again! 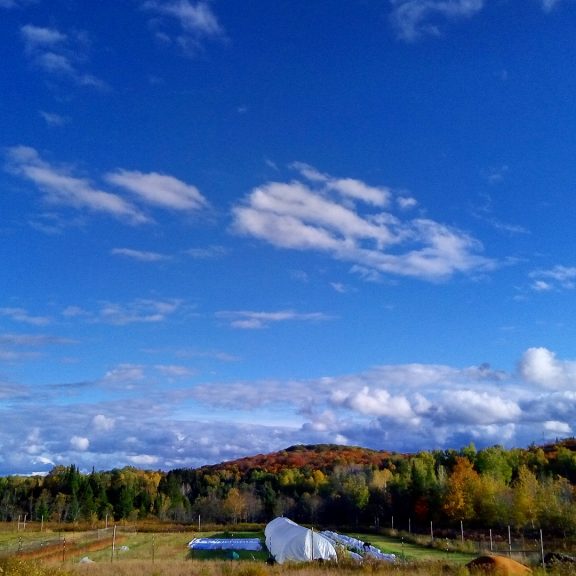 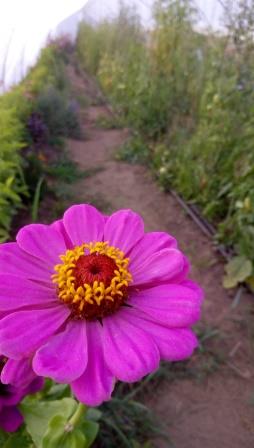